The beer needs to be filtered, chilled, carbonated and aged when the fermentation process completed.

A young beer should be properly conditioned and stored until it is mature, well-rounded, fermented and carbonated.

So we will need a brite tank to achieve this function.

Brite tanks are used for the storage of the beer prior to being served or packaged.

Depending on their application the beer serving tanks can be glycol jacketed or can be located in a cold room.

For brewpubs serving is often done by pumping or pressurizing the beer toward the serving location.

In brewpub,the brite tank could be designed with tap handle.

Those brite beer tank with beer taps will be placed right behind the bar and serve beer directly to beer lovers.

It can save cost without beer selling machine at beginning of brewpub .

The beer tap is extended from the sample valve, you could get beer from tap easily with the pressure in tanks.

You can also used a pig tail to serve beer. 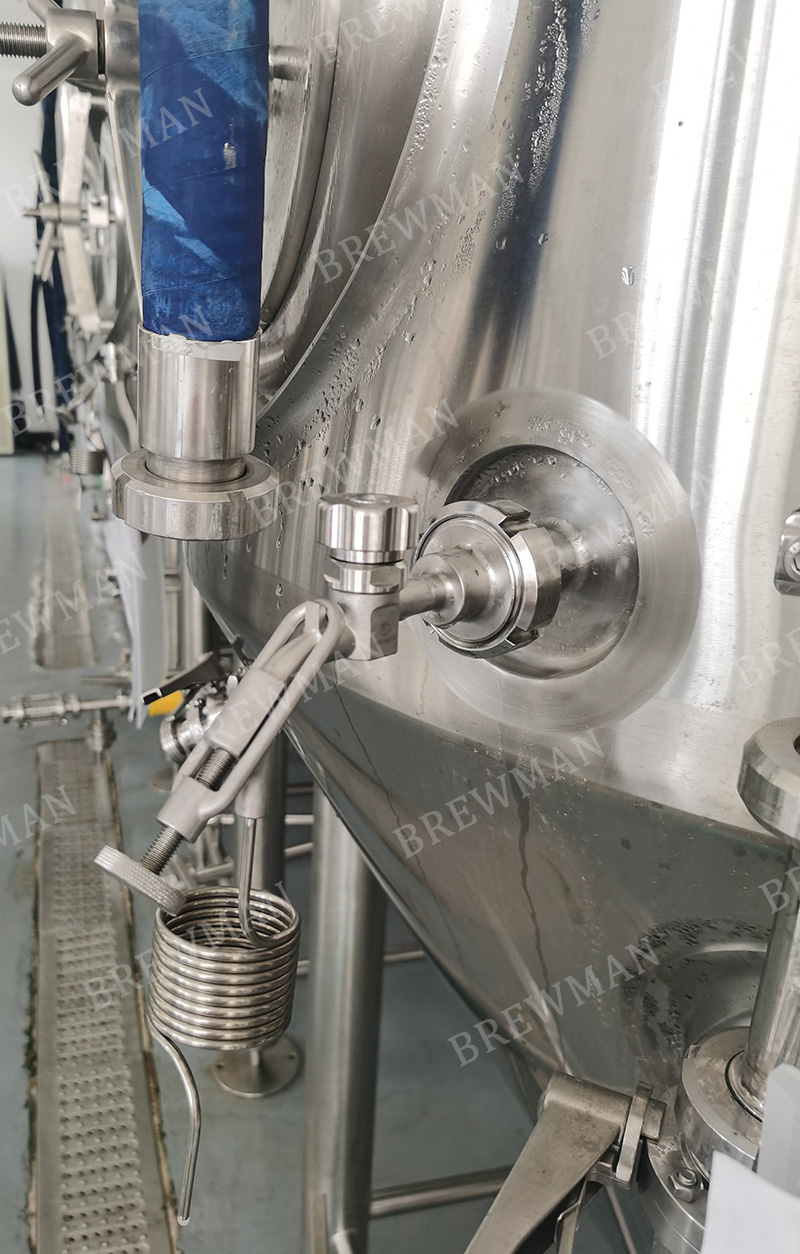 Feel free to contact with Brewman if you have more requirement on brite tank.